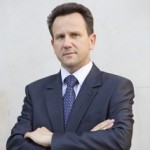 Zbigniew Klonowski
Chairman of the Supervisory Board

Between 1994 and 2000 he was associated with Vinpol Toruń Wine Cellars starting as a Manager of Import and Export and finishing as a Member of the Supervisory Board. Since 1999, co-funder and Chairman of the Board of Trias S.A. capital group which includes companies such as Trias AVI, VES, DIGISERVICE, Azoty Arena Operator and CWK Operator. Since 2014 he is associated with Virtual Power Plant.

Winner of the award presented by the Mayor of Toruń in the category of new business. In the following year he was nominated as one of the top five businessman in Poland in a competition „Businessman Laurel” organised by the editors of Businessman Magazine and by audit and advisory firm PricewaterhouseCoopers.

He takes a number of community functions such as his work in the Council of the Foundation of Friends of the Planetarium and the Museum of Niclaus Copernicus managing the Planetarium in Toruń. Moreover, he is the Chairman of the Board of Audiovisual Carriers Section at the National Chamber of Commerce for Electronics and Telecommunications and the President of the Polish Association of Sport and Recreation Infrastructure Development and a board member of this organization (IAKS International). 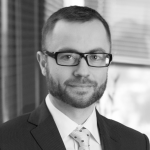 Member of the Board in the startup fund StartVenture@Poland, professional investment advisor experienced in VC, PE and M&A. He held management roles in capital funds leading investment processes in Polish and international startups. Graduate of Warsaw School of Economics and the program of international finance at Tilburg University. 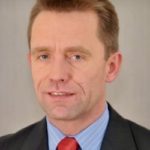 Graduate of the Strategic Management Faculty at the Warsaw School of Economics. In 1992 he obtained a Securities Stock Broker licence and Securities Accountant Licence.

In 1992 he started his career at Citibank (Poland) S.A. in assignment with Treasury operations and than he was responsible for creating securities operation department for World Wide Securities Operation. As a licensed securities broker in 1994 he was responsible for setting up a Citibank brokerage house named “Citibrokerage”. As a vice-president and sales/traders he was responsible for cooperation with international investors operating on Polish market. After marge of CitiBank Poland with Bank Handlowy in 2001 he was appointed CEO of CitiHandlowy Brokerage House which become market leader in volume on Warsaw Stock Exchange for eight consecutive years 2009-2016.

He has extensive experience in investment banking and he completed number of M&A transactions both in Poland and on international markets. He was a chairman of supervisory board and shareholder of Finder S.A. – biggest vehicle management and tracing company in Poland.

He is co-founder of “Szkoła na Szóstkę” – foundation for primary schools. He is fun of sailing especially on tall sailing ships 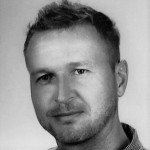 At Giza Polish Ventures, he is responsible for preparing financial models of the analyzed innovative companies and constructing on their basis evaluation instrument with the use of methodologies relevant to knowledge-based companies, that is evaluation of the intellectual assets enriching traditional methods like EVA, DCF, or APV. He graduated from Private School of Business and Administration and holds a postgraduate diploma in Managing the Value of Company from Warsaw School of Economics.

Virtual Power Plant LLC (VPPlant) works in the field of energy management and development of IT systems for the optimization of energy consumed in buildings. The company has developed its own energy management technology for heat, ventilation and air conditioning (HVAC), which adjusts the HVAC controls to building’s thermal characteristics, weather conditions, occupancy and other parameters.